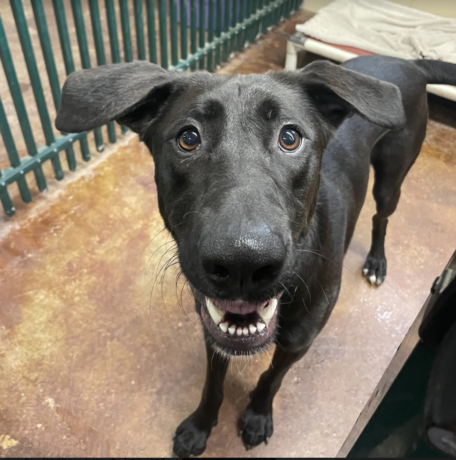 Mac was adopted from us in early 2021. His family had to move from a house into an apartment and it was just was just not the right environment for Mac. He went to doggie daycare to play several times a week but at the end of the day, he just needed a larger space so he was surrendered. He is a 75lb, high energy, 18 month old, German Shepard mix. He is well trained using an e-collar and LOVES to play! When he had a home with a fenced in yard he would spend hours out there laying in the sun, chasing the squirrels, playing ball, etc. He is neutered, house trained and up to date on all of his shots. He would be awesome for an activity family who likes to hike and explore the outdoors. A fenced in yard would be great for him, but in the right settling, not a requirement. He likes other dogs but does have a prey drive, so no cats for this boy. He is smart and a real love bug!